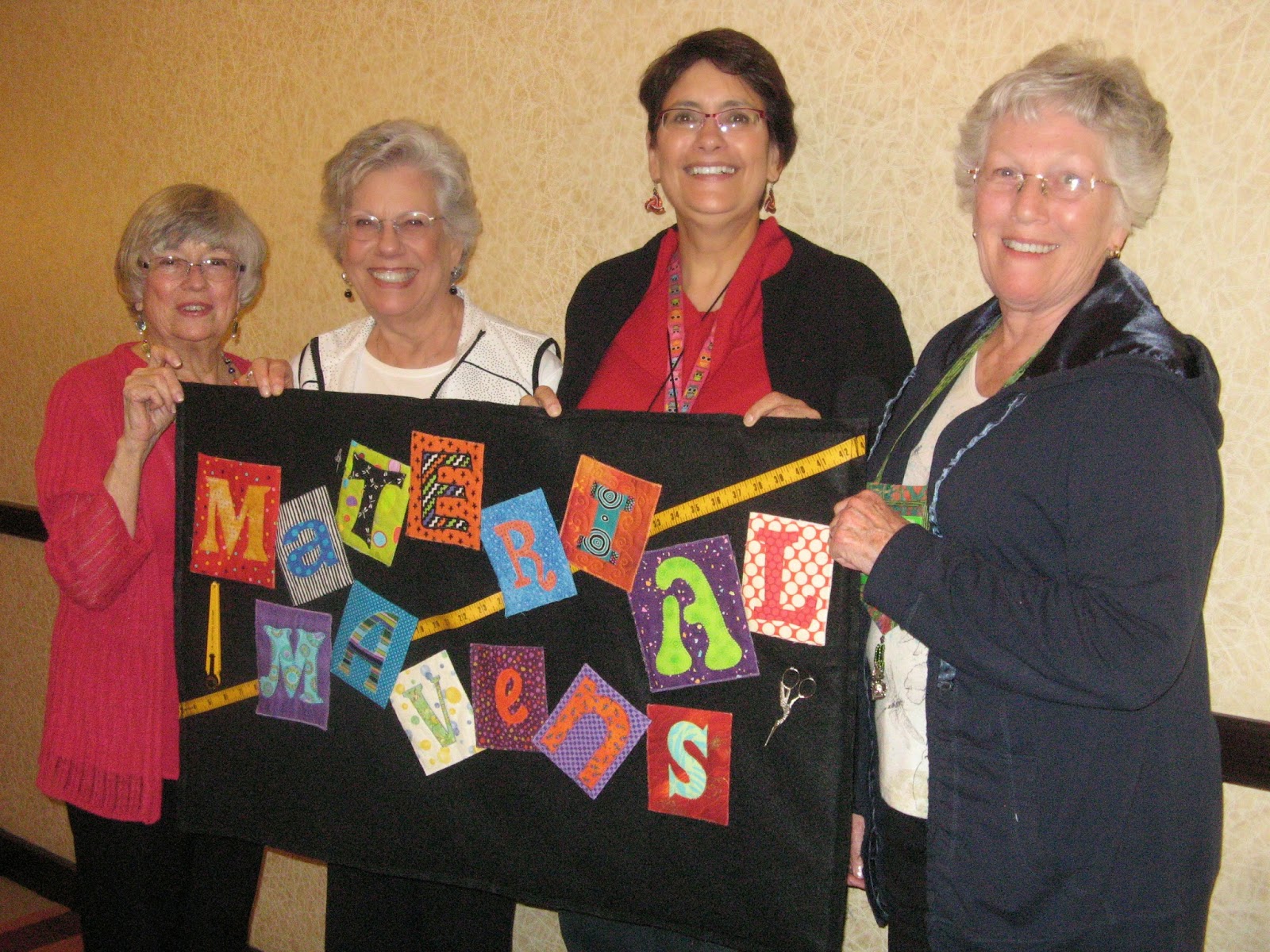 Our numbers were down this year from last!  Last year I believe we had 11 Material Mavens present in Houston; this year the four above were there for our mini reunion dinner and "show and tell" on Thursday, which happened to have been an "important" birthday for Sara!    Judy Steward came on Saturday, but that was after the rest of us had gone.  So above you can see Alice, Carolyn, Sara, and Rita, holding our MM banner!

Carolyn and Rita proved to be the organized ones, while Alice and Sara were either disorganized or forgetful or whatever!  Both of us forgot to bring any of our MM quilts to show.  But thanks to Rita and Carolyn, we had fun seeing some of our little quilts in person.  I took pictures of each one showing each quilt she brought.  The "extra" women in the photos were some nice quilters from Oklahoma, who had also discovered our little sitting area outside Carolyn's and my room, and also Rita's friend, Sue:

Carolyn, Rita, Judy, and I were also thrilled that our group quilt "Whimseyville" (which many of you saw in person last year) was accepted in Houston.  Though we won no awards, simply getting in the show was excitement enough!  Judy Steward's Quilt "Bubbles" was also accepted in the "painted quilt" category.