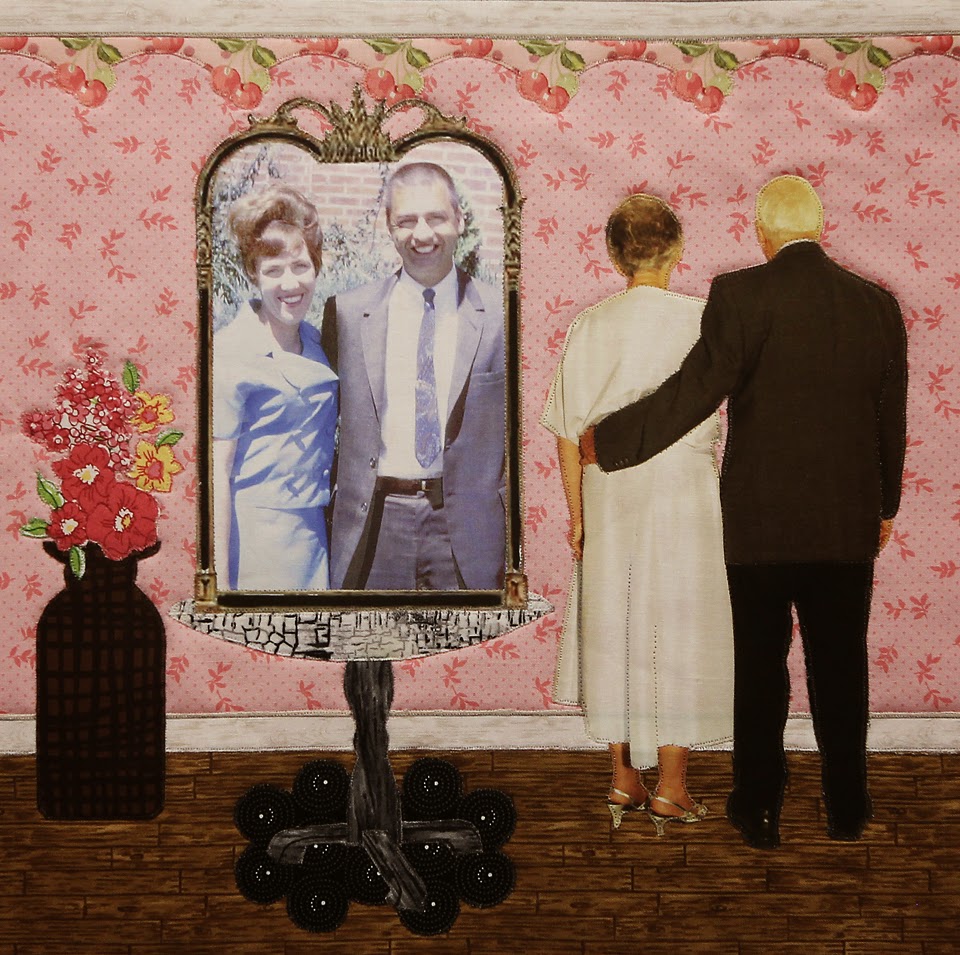 The Oxford dictionary and other sources will define TRANSLATE as the conversion of something from one form or medium to another, or to change or convert the condition of that thing.  Recently an e-mail cartoon arrived from a friend showing many different people viewing themselves in mirrors as what their minds saw in their reflections.  The combination of the definitions from the dictionary and the cartoons gave me the idea for my Translate.
The ‘young’ image of Randy and I was taken at a friend’s wedding in 1968.  The right –side image was taken recently.  We had a hard time getting our posed angle correct and are still a bit skewed so we will just call it a whimsical view.  (Note to Alice and Carolyn:  Maybe I do have a bit of “flight of the imagination” in my soul after all!)
Both images were printed on a product by June Taylor, Inc. called Sew-In Colorfast Fabric Sheets for Ink Jet Printers.  They have a harder finish than Timeless Treasures. Therefore, I had a little problem in stitching the images down because the needle holes really stand out. The frame for the mirror was taken from copyright free clip art from the web.  Part of the image was done with three coordinating pink fabrics used for the wallpaper, the wallpaper border and the flowers in the vase. The floor, baseboard, cove molding, table top and legs were fashioned from my collection of wood and rock fabrics.  The vase and throw rug were made of bits from my stash.  All parts are fused and then edge stitched with invisible thread using a small zig-zag stitch. The quilting and the stitching down of the appliqués were both accomplished at the same time.
And don’t you think I’m brave to show off my ‘best side’ for the entire world to see?
Posted by Unknown at 9:42 AM